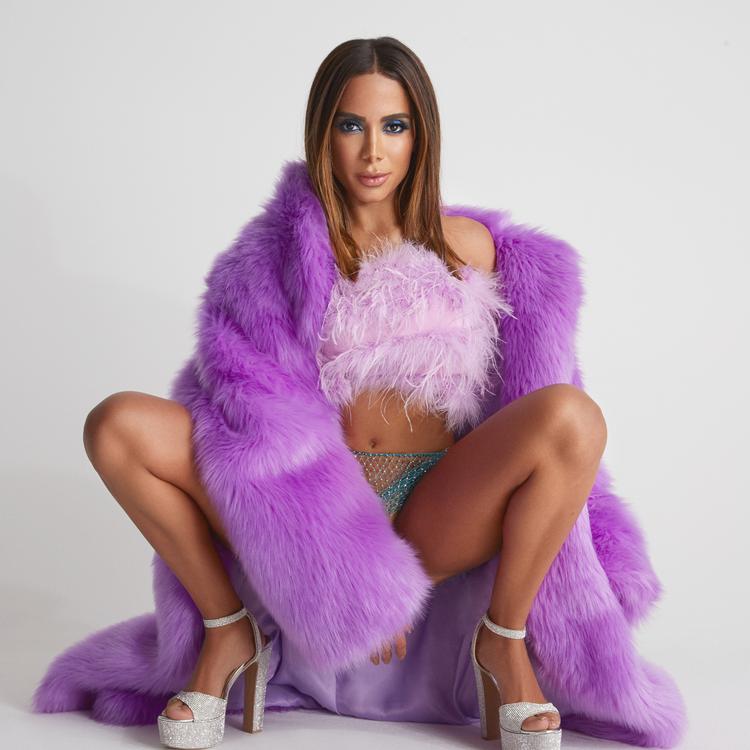 Larissa de Macedo Machado (born March 30, 1993), better known by her stage name Anitta, is a Brazilian singer and songwriter . Due to the success of the song "Show das poderosas" released in 2013, she signed a contract with Warner Music Brazil the following year. Anitta rose to national fame in 2013 after releasing the single "Show das Poderosas". Its music video has been viewed over 150 million times on YouTube. In July of the same year, she released her debut studio album which received a triple gold record certificate and platinum certification by ABPD. The album hit the mark of 170,000 copies sold, being also released in Portugal. Ritmo Perfeito (2014), her second studio album, sold 45,000 copies. On the same day she also released her first live album, Meu Lugar. In November 2014, she performed at the Latin Grammy Award. In 2015, she released her third studio album entitled Bang, which was certified platinum and produced the singles "Deixa Ele Sofrer", "Essa Mina é Louca" and "Cravo e Canela". In 2013, Anitta spent longer at the top of iTunes in Brazil than any other singer. She was elected by the Associação Paulista de Críticos de Arte (APCA) as the revelation of the year in music in 2013. She is a five-time winner of the MTV Europe Music Award for Best Brazilian Act on the MTV Europe Music Awards, and was the first Brazilian artist to win the Best Latin American Act award. In 2017, she was ranked as one of the most influential celebrities in social media according to Billboard.